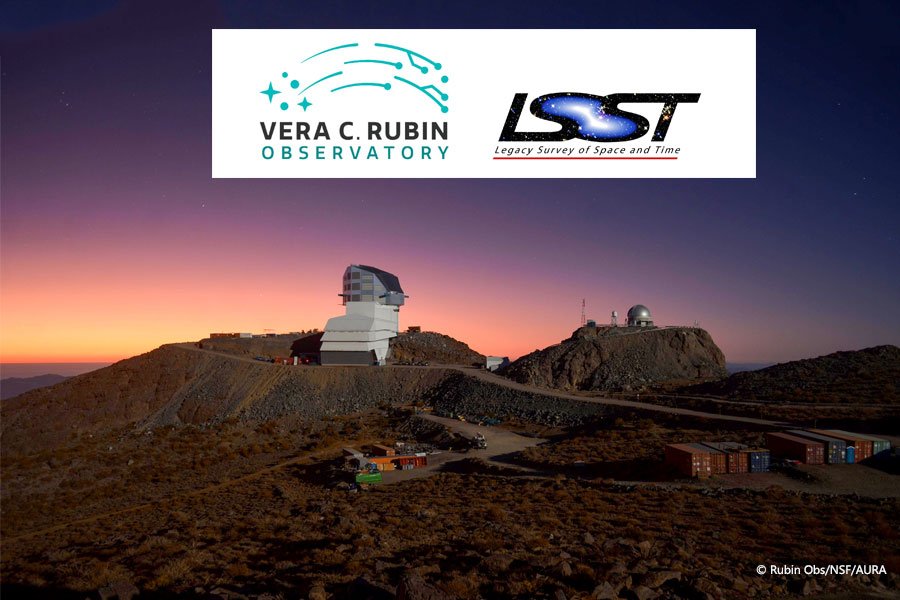 Doing science requires asking questions and finding answers to them, namely in astrophysics which is deeply connected to a dark and very faraway place with a panoply of unsolved mysteries to be unveiled. This is what keeps science dynamic, the excitement of discovering something new, asking questions about topics we have never thought to ask before. As Einstein once said, “I have no special talents. I am only passionately curious."

To help answer some of astrophysics’ complex questions about dark matter, dark energy, cosmic expansion, formation and structure of our galaxy Milky Way, the transient optical sky, and potential asteroids that may hurt Earth, amongst others, the Vera C. Rubin Observatory is conducting a 10-year Legacy Survey of Space and Time (LSST) to deliver a 2 exabytes set of images and data products that will address some of the most pressing questions about the structure and evolution of the universe and the objects in it. Located on the Cerro Pachón ridge in north-central Chile, the Rubin Observatory Summit Facility has a special telescope that uses a three-mirror design, which creates an exceptionally wide field of view, and has the ability to survey the entire sky in only four nights. It will produce data of extremely high quality with minimal downtime and maintenance, where more than 15 terabytes of data must be processed and stored each night.

Sharing knowledge ensures that everyone has the opportunity to contribute to moving knowledge even further. ESCAPE and Rubin Observatory have been collaborating to help their scientists to gain knowledge and expertise which will help them in identifying the most suitable technologies for the science platforms both initiatives are building.

Starting with data management, the Rubin Observatory is developing the Rubin Science Platform, which has very similar goals to the ones from ESCAPE Science Analysis Platform (ESAP), an ESCAPE service aimed at accessing and combining data from multiple collections and staging them for subsequent processing and analysis. It allows data discovery and handling of large and distributed data collections. Rubin Science Platform and ESCAPE ESAP may have similar goals but are intended for different communities and built around different principles, so scientists from both projects decided to work together, by comparing their functionalities and performances. This analysis will contribute to improving both services’ performances overall.

The previous approach is also being adopted between ESCAPE Data Infrastructure for Open Science (DIOS) and Rubin Observatory, aimed to improve their understanding of federated distributed storage solutions and how these are managed and used. ESCAPE DIOS is a federated data infrastructure of open access data that enables large national research data centres to work together and build a robust cloud-like service to curate and scale up to multi-Exabyte needs.

Knowledge increases by sharing which is the purpose of open science, to combine science and information technologies, scientific enquiry and discovery, to speed up research for the benefit of society. Open science reduces duplication in collecting, creating, transferring and re-using scientific material. The joint work and benchmark performed between the LSST initiative from Rubin Observatory and ESCAPE is a way to speed up science discoveries in Astrophysics.