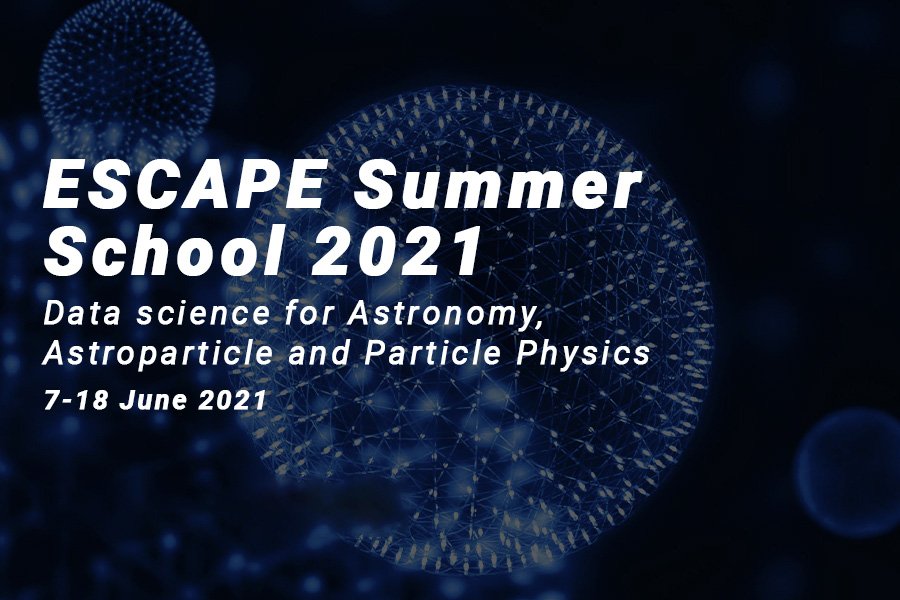 With more than 1000 registrations, the ESCAPE Summer School on Data Science for Astronomy, Astroparticle & Particle Physics was held online from 7 to 18 June 2021.

Theoretical and hands-on training on Data Science and Python development

Dedicated to the development of projects for astrophysics, astroparticle physics & particle physics, this international school is being organized in the framework of ESCAPE with the support of the European Commission. This event was a continuation of the Asterics summer schools held at the Laboratory of Annecy of Particle Physics (LAPP) in 2017, 2018 and 2019.

The school programme included lectures on Data Science and Python development: Coding environment and good coding practices; Version control and collaborative development; Debugging and profiling; Python packaging; Scientific libraries for data science and analysis and Machine learning and aimed to provide any software engineer, data scientist or interested students with the tools and good practices to do data science in their field and in the context of open data and open science.

“The lecture are given by experts from international collaborations”, explains Thomas Vuillaume, ESCAPE School Chair and member of the ESCAPE work package 3 “Open Science and Scientific Services Repository”. As soon as they opened, registrations quickly took off, with participants coming from all over the world, even though Europe was the primary target. The most represented group is composed of young researchers (bachelor to PhD students) requiring to acquire these skills for their current of future researches but we also had more senior researchers, scientists or engineers, from academia and even the industry attending the school.” 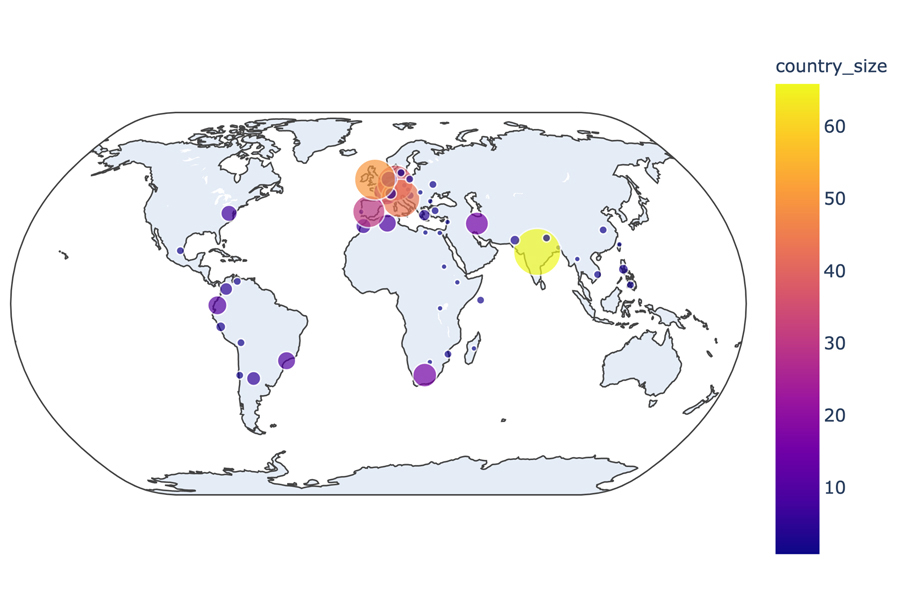 Participants from all over the world

A fully online school on YouTube, Slack and Gather Town

Due to the current situation in France and the rest of the world, this edition which was supposed to take place once again in Annecy has been moved to an online event. “Rather than seeing this unconventional format as a constraint, we decided to stream the courses live on YouTube to give as many students as possible the opportunity to participate in this school”, tells Thomas Vuillaume, “and it worked very well thanks to the support of 16 teachers across Europe and a motivated local team.”

With many different time zones, not all participants could follow the live stream, but all the recorded courses were immediately available on the ESCAPE YouTube channel. "We have had a very positive feedback on this format, which allows students to pause and quickly rewind the lectures live and also watch them offline or to review them afterwards. More than 90% of participants preferred the use of YouTube rather than other, more conventional, visio-conference tools".

As proof of success, the YouTube channel reached more than 20,000 more views than usual over the two weeks and acquired 500 more followers. The average viewing time is more than 15 minutes, attesting to the interest of the courses.

In addition to the courses on YouTube, participants had the opportunity to ask questions to the teachers and a team of specialists on Slack or to meet and network on Gather Town. 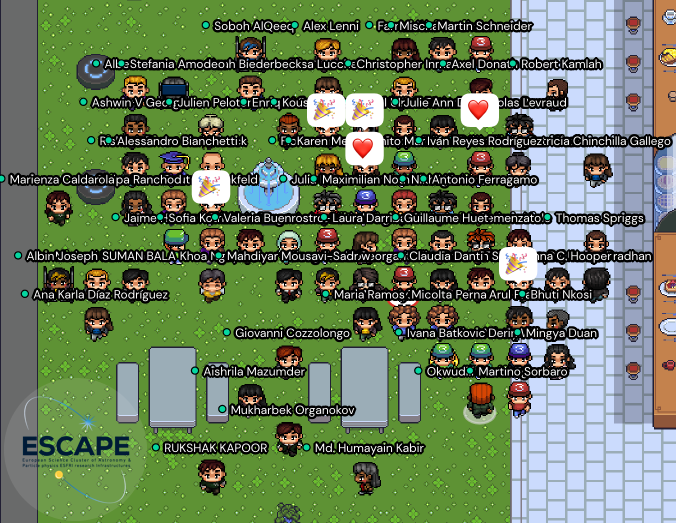 A certificate of participation

At the end of the school, students had the opportunity to test their knowledge with a final test. Achieving a score of 50% or more also allowed them to download a certificate of participation to the ESCAPE Summer School.

Open Science, the key of success

The lectures content (code, slides, recorded lectures…) is completely open and freely accessible to all after the school under an open-source license so that they can be used and re-used by anyone. These resources are available through the school portal.

"Whether face-to-face or online, this school has always been a great success because it meets a demand from students that is not otherwise available," comments Giovanni Lamanna, ESCAPE coordinator, "the ESCAPE School combines expectations in terms of content, but also in terms of methodologies, application, participation and discussion. Collaboration with ESCAPE's Research Infrastructures contributes to the success: researchers and data scientists involved in the different RIs of the cluster bring their experiences, share their expectations and move forward together. This is the real cross-fertilisation of learning by doing. And the real success of open science".

This ESCAPE School will be reconducted next year in person, online or in a hybrid format... stay tuned to know more!

LEARN MORE ABOUT THE SCHOOL