[FILLED] Apply now: Post-doctoral position "Searching for Dark Matter at LHC with the ATLAS experiment within the ESCAPE consortium"

Home / [FILLED] Apply now: Post-doctoral position "Searching for Dark Matter at LHC with the ATLAS experiment within the ESCAPE consortium" 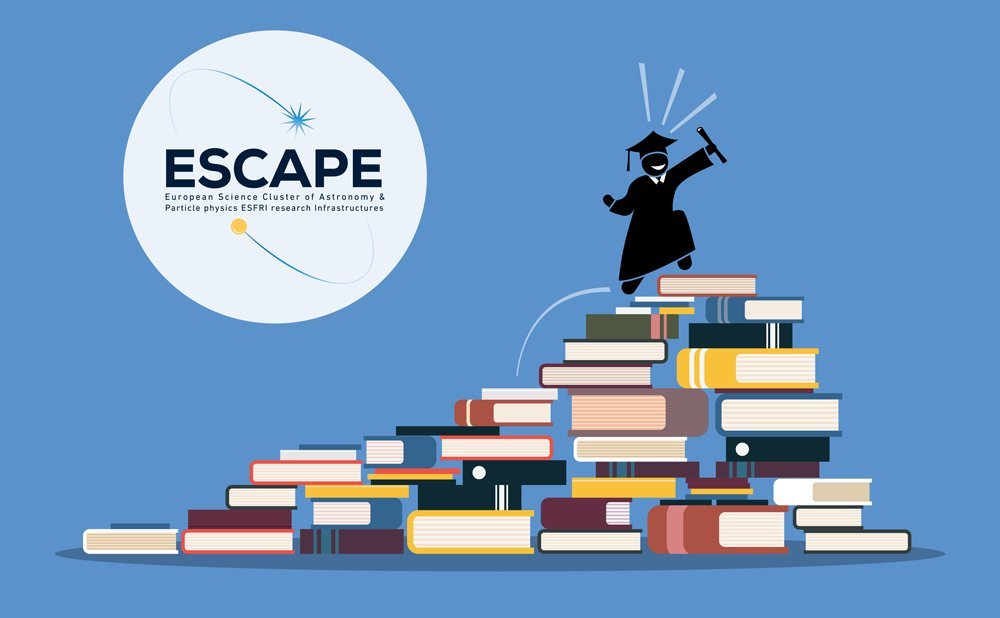 The CNRS LAPP (Laboratoire d'Annecy de Physique des Particules) laboratory is opening a postdoctoral researcher position in the ATLAS group, which aims to bring together on a common science platform new scientific findings as well as the data and analysis software of a number of colliders, direct and indirect detection experiments. The position is open in the context of the ESCAPE scientific consortium and EOSC-FUTURE Dark Matter Science Project.

The candidate will contribute to a new search for dark matter (DM) produced at the Large Hadron Collider in the final state containing two leptons in association with other objects (e.g. missing transverse energy). The goal is to make the analysis easily reproducible and re-interpretable both inside the ATLAS analysis framework and on the Open Data that ATLAS will release at the end of 2023. The combination of these results with searches for Dark Matter candidates in other final states in LHC experiments as well as with non-collider searches is also envisioned.

- Fluency in English, speaking and writing

- Basic knowledge of French could be useful

- Good team work skills, as the candidate will be working within a team of postdoctoral researchers from different DM experiments who are also implementing new analysis pipelines

The ESCAPE project is building a virtual research environment (VRE) for the Astronomy, Astro-Particle, Particle, and Nuclear Physics communities, as a prototype of the European Open Science Cloud (EOSC). It is intended that the developments of tools and services made in ESCAPE will become part of the EOSC implementation. The mechanism for that integration will be the EOSC-Future project, where science drivers are provided in different disciplines by the groups of European research infrastructures (clusters) involved in the project, including ESCAPE. A number of post-doctoral positions are available to work on these challenges in the ESCAPE partner institutes.

This project will be performed in close collaboration with the Lund ATLAS group, including periods of exchange for knowledge transfer, as well as other ESCAPE and EOSC-FUTURE project partners. The contacts with theorists contributing to the EOSC-FUTURE Dark Matter Science Project are facilitated by the presence of the theoretical physics laboratory LAPTh in the same building. The geographical proximity of LAPP to CERN [4] facilitates direct implication in the operation of the ATLAS experiment and communication with the research community there. The ATLAS experiment is one of the general-purpose experiments on the Large Hadron Collider at CERN, run by international collaboration of 180 institutions from 40 countries.

The ATLAS group at LAPP is currently involved in direct searches for new phenomena and precision measurements in the Higgs-boson and gauge-boson sectors as well as the upgrade of the Liquid Argon calorimeter electronics for Run 3 (2022) and HL-LHC (2027+) and the construction of the new pixel detector for HL-LHC.

LAPP is a laboratory of the French National Institute of Particle and Nuclear Physics (IN2P3), a part of the Centre National de la Recherche Scientifique (CNRS). LAPP is a joint research unit of the CNRS and the Savoie Mont-Blanc University (USMB). More than 150 researchers, engineers, technicians, administrative staff, students and foreign visitors work there. The research carried out at LAPP is aimed at studying the physics of elementary particles and their fundamental interactions, as well as exploring their links with the large structures of the Universe. LAPP is very actively involved in several large international collaborations working on accelerators (ATLAS, LHCb, FCC), neutrino detectors (DUNE, Stereo, SuperNEMO) and astroparticle experiments (Virgo, HESS, CTA and LSST). It is involved in a wide range of R&D and construction programs for large research infrastructures, with an expertise covering innovative technologies in micro-electronics, complex mechanical structure design and optimization, grid computing and scientific software developments. LAPP hosts the MUST mid-range data storage and computing centre providing distributed computing infrastructure for research and academic projects.

Duration of the contract:

The duration of the contract is 24 months. Salary is based on the experience of the successful candidate.

Further information can be obtained from:

-THIS POSITION WAS ALREADY FILLED IN-