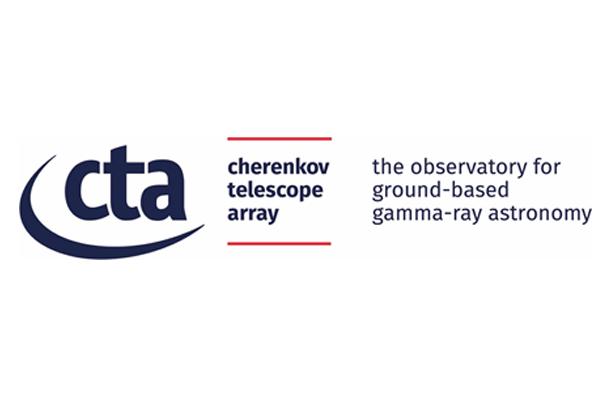 The Cherenkov Telescope Array (CTA) is a global project to build the world’s largest and most sensitive ground-based observatory for gamma-ray astronomy at very-high energies. It will be the first observatory open to the world-wide astronomy and physics communities, providing a unique resource of data products and tools. The project started in 2005, when scientists around the world proposed the first design concept for a next-generation gamma-ray facility, and we currently estimate the observatory to be completed around 2026. More than 1,500 members from 31 countries are engaged in the scientific and technical development of CTA.

The observatory will have two telescope array sites: CTA-North, at the Instituto de Astrofísica de Canarias’ (IAC’s) the Roque de los Muchachos Observatory on the island of La Palma (Spain), and CTA-South near the European Southern Observatory’s (ESO’s) Paranal Observatory in the Atacama Desert (Chile). CTA’s three classes of telescope will cover a broad, unprecedented energy range from 20 GeV to 300 TeV: the Large-Sized Telescope (LST), the Medium-Sized Telescope (MST) and the Small-Sized Telescope (SST). The plan for CTA-North includes up to 4 LSTs and 15 MSTs, whilst CTA-South will feature all three types of telescopes – up to 4 LSTs, 25 MSTs and 70 SSTs 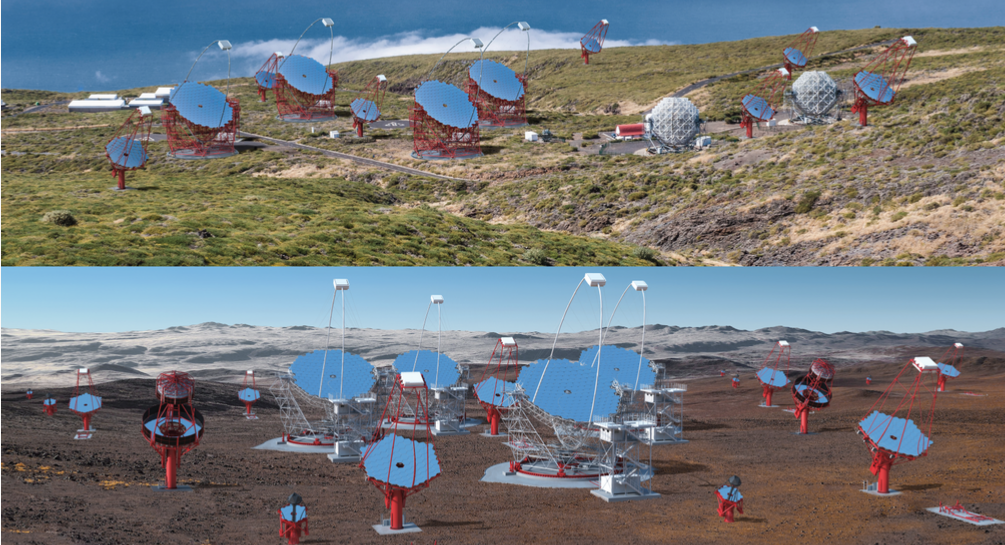 The preparation of the design and implementation of the observatory is managed by the CTA Observatory gGmbH (CTAO gGmbH), which is governed by shareholders and associate members from a growing number of countries. The CTAO Headquarters is located in Bologna (Italy) in a shared building with the Department of Physics and Astronomy of the University of Bologna at the National Institute for Astrophysics (INAF) campus. The building for the CTAO Science Data Management Centre (SDMC), in charge of coordinating the processing and preservation of data, as well as to provide tools and support to scientific users, is being built on the DESY campus in Zeuthen (Germany).

Ground-based gamma-ray astronomy is a young field with enormous scientific potential. The current instruments H.E.S.S., MAGIC and VERITAS have been operated since 2003 and have already demonstrated the huge scientific potential of astrophysical measurements at TeV energies. CTA, built on the same technology, expects expanding the number of known cosmic sources by as much as 5- to 10-fold, potentially detecting 1,000 new objects.

With its superior performance, CTA will significantly increase the potential for discovery, paving the way to new questions and, likely, paradigm-changing breakthroughs. In particular, CTA has an unprecedented sensitivity to short (sub-minute) timescale phenomena, which places it as a key instrument in the future multi-messenger and multi-wavelength time domain astronomy. Transient phenomena are of great scientific interest, being associated with catastrophic events involving relativistic compact objects, such as neutron stars and black holes. The proposed targets comprise gamma-ray bursts, gravitational wave alerts, neutrino alerts, optical/radio transient events and serendipitous very-high-energy discoveries.

The main scientific challenges of CTA are related to expand the understanding of known objects and astrophysical mechanisms and even unveil new physics, gathered in three major study themes:

1. Understanding the origin and role of relativistic cosmic particles

Relativistic particles seem to play a key role in great part of celestial objects, but the mechanisms for, and the sites of, cosmic acceleration are not yet fully understood nor are their impact on star-formation process and the evolution of galaxies. With its high angular resolution and large field of view, that allows fast surveys of the gamma-ray sky, CTA will be able to disentangle nearby sources providing accurate measurements on known and new sources and even proffer a census of particle accelerators in the Universe.

The most energetic electromagnetic radiation and highest-energy particles are usually associated to the most extreme environments in the Universe, such as those nearby neutron stars and black holes. From their vicinities, relativistic jets (beams of matter moving almost at the speed of light), violent winds and explosions arise, where gamma rays originate. Gamma-ray emission can therefore act as a probe of these surroundings and help to understand the emission and acceleration processes that govern there.

Dark matter is thought to account for a large part of the total mass of the Universe and still, its nature remains to be one of the greatest mysteries in science. The improved energy resolution will increase CTA’s ability to look for features in the spectrum of gamma rays produced when dark matter particles (believed to be Weakly Interacting Massive Particles, or WIMPs) annihilate one another when they interact. Moreover, CTA may also provide evidence of deviations from the Einstein’s theory of special relativity, as well as the existence of axion-like particles and answers to the contents of cosmic voids.

Some of the most promising discoveries and interesting sources to address these key science themes will come from our own Galaxy, the Milky Way, which holds remnants of supernova explosions (SNRs) and pulsar wind nebulae (PWNe), binary systems hosting a neutron star or a black hole, and rapidly spinning, magnetized and ultra-dense stars known as pulsars. Beyond the Milky Way, CTA will search for star-forming galaxies, galaxies with supermassive black holes in their centres (called Active Galactic Nuclei) and even galaxy clusters.

ESCAPE’s goal of connecting the large ESFRI experiments represents an excellent opportunity for CTA. These links will help foster common approaches to data and software sharing, thereby elevating the FAIR principles for CTA’s analysis and data management workflows. ESCAPE provides a forum for ESFRIs and the wider science community to strengthen the interoperability of data and software and, on this basis, to develop innovative analysis workflows that will greatly benefit multi-messenger science with CTA. ESCAPE will assist CTA in integrating these standards in the foundation of its data management philosophy, which will be especially important during the current construction phase. In addition, CTA participates in ESCAPE to help build a data lake infrastructure suitable to hold beyond PB-scale data from particle and astroparticle facilities, as well as an open science platform that provides access to the software along with the analysis and data management workflows. As an open observatory with distributed data management, CTA represents an important use case for the ESCAPE platform, while allowing CTA to learn about the many approaches, methods and technologies that can help build CTA. In this new era of multi-messenger astronomy, these techniques, along with ESCAPE’s goal to build an open science platform, compliments CTA’s goal of reaching a worldwide user community.